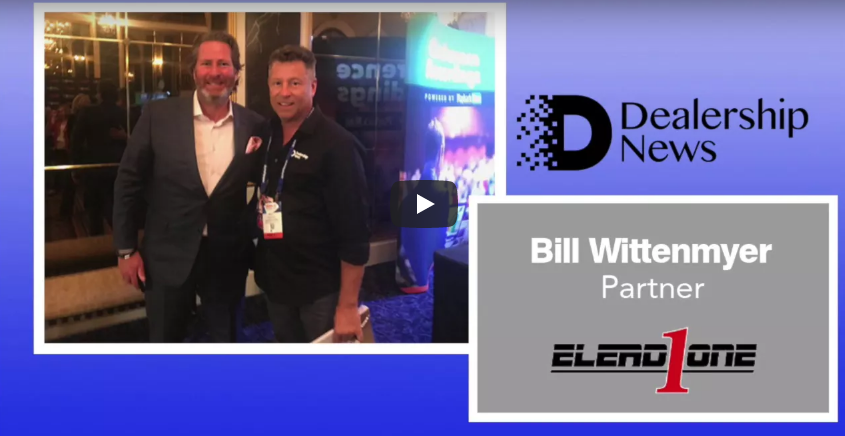 DN: What are your thoughts about the direction dealers are taking these days in regards to the ever-changing digital marketplace?

BW: These days, you see a mixture of dealers going with what they know. There are still some old dinosaurs out there, but in this industry, if you don’t reinvent yourselves every couple years you’re going to get left behind. Many of the old school dealers I know have been able to reinvent themselves, and it’s amazing how many have adapted. The dealers that are doing the best are those that have become very good at figuring out where the attributions are from a digital standpoint.

DN: Are dealers hiring young kids right out of college to handle digital or are they nurturing the expertise from within?

BW: The dealers that do it the best are developing that position from within their own dealerships, but I’ve seen a mixture of both. The best dealers have first educated themselves. Lower-performing dealers seem to be hiring from outside sources, but they have no way to be able to monitor and track their internet results, especially if they don’t know what’s going on in the first place.

DN: How do you train dealerships to properly follow up leads considering the fact that only 19% of internet leads are ever responded to according to a number of sources.

BW: The first thing is there is no such thing as an internet department anymore — all leads should be worked from the cradle to the grave. It should be like a shark tank where the person who grabs the lead first gets to work that lead. Consumers expect more information, and they expect it quicker. Provide the information they want but don’t make email love to them – get them on the phone. Don’t get tied up with email templates and auto-responses, etc. Having that one-owner accountability would help on the tremendous amount of leads that go without proper follow-up.

DN: How do you suggest a dealership deal with an Internet sales department and the physical lot staff and should there be a difference?

BW: Every person who comes onto the lot has searched online at some point, as well as on that dealership’s website. The setup to have a split deal between the two salespeople is probably ludicrous at this point. First, managers have no idea where the lead originally came from, and now they have unhealthy and frictional competition. We should give the customer a much smoother one-person (salesman) experience throughout the transaction. The more people they get handed off to, the greater the chance of miscommunication. At this point, it makes no sense to have a separation between the two salespeople in different divisions.

DN: What is your opinion on full transparency regarding giving information such as inventory availability and price for those who really don’t want to be dragged into the dealership?

BW: My philosophy has stayed the same today as it was ten years ago – the consumer must wonder if the dealer isn’t giving them the information they want now, then how will it be when they get to the dealership? You have to give the customer the information they want in a timely manner and be authentic and genuine. If you have the inventory, great. If not, here is a resolution, but be trustworthy and honest. Don’t put pressure on the customer to come in even if you do have the inventory they want. Give them the opportunity to do the transaction in their own time frame, and they’ll be much more likely to want to deal with you.

DN: Where will our industry be in 25 years when most of the vehicles will be autonomous?

BW: The one great thing about this industry is that it always finds a way to hit curve balls thrown at it. Whether we look at the post 9/11 economy or the post-2008 economy (etc.), we can go through a litany of catastrophic changes that hit the industry, and we’ve always found a way around it.

Autonomous vehicle technology is still well into the future. There are still a lot of details to be figured out, such as insurance, laws, and the many obstacles that we’ll have to overcome first. From a business standpoint, the major manufacturers will lead the movement, and most likely go through the same dealership channels they do now. There’s always something about everybody wanting the latest and greatest shiny object, and it will have a lot to do with what features are available. You may even be able to do a monthly car rental deal like a few companies already offer now. Either way, dealers are going to have to keep up with the technology and advent changes.