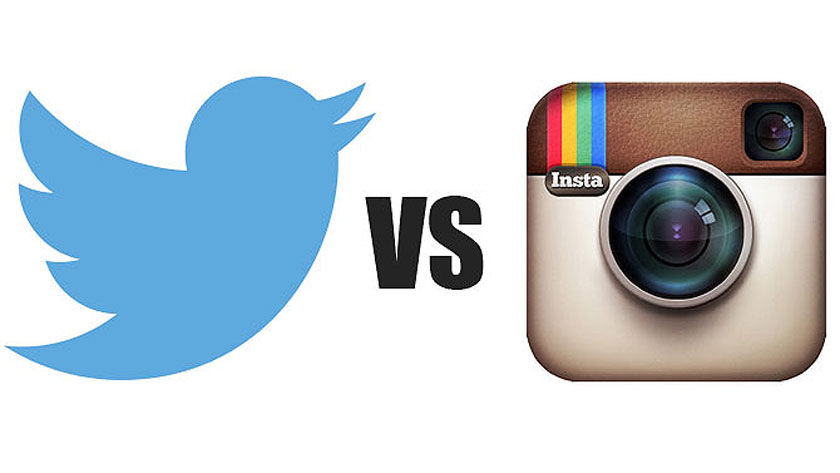 Some of you are wondering why I left out Facebook. So am I. Realistically though, up until its recent debacle, Facebook has easily been the best social media in which to sell products, and still is at certain price ranges. The issue with Facebook is CPA when it comes to higher priced items with smaller profit margins. If your COGs are under $5 with a selling price of $79 and laden with upsells, you just may sell a bunch of units. Not so with cars. Nevertheless, FB owns Instagram so let’s just overview the two lesser platforms and how they fit into the mix.

Until 2015, Twitter had been adding approximately 12-15 million accounts per year at a 6% growth in ad revenue (over a half billion each year). It’s growth has reached stasis and has slowed considerably to 3 million per year. 54% of its users are between 18-49 years old, which matches the age demographic of those most-likely to buy a used vehicle. Currently, there are 300 million Twitter users BUT, 79% of Twitter users are outside of the US. There are 67 million Twitter users in the USA.

My rub on Twitter is that although it started out mostly as a way to express a quick opinion, thought, or influencer endorsement, it wasn’t visual enough to be engaging. With the addition of a picture or video to a tweet, engagement increases 150%. The biggest holdback to Twitter was the 140 character limit which is now at 280. It allows you to hashtag more effectively and get more exposure syndication faster (to grow your following) which has long been Instagrams magic bullet. The 280 character limit still limits the platform and because of that, I consider it a supplementary social media platform. It’s # 3 on my social media list as it is likely yours.

Do you have a flash sale? Did the new Camaros come in? Did you just have a dealership anniversary, or have an exciting new promotion to announce? If so, Tweet it out! Those event oriented announcements work well on Twitter. Brands, individuals, and media do well on Twitter when they have breaking news to report. Twitter is more like a modern day teletype that everyone has discriminatory access to. You don’t have to listen to the vapidness of a Kardashian tweet if you don’t want to, but if you’re a car “guy”, you can enjoy exclusive tweets from Drivingsales.com because you have chosen to follow them! Good Twitter engagement rates vary from .09 to .33%. In plain english, that’s 3-10 engagements per 1,000 followers on Twitter. When I get 5+ likes and a few retweets, I feel pretty good about Twitter and its low bar of engagement.

With the addition of Instagram stories in 2016, another 100 million folks added an account. Instagram saw 28% growth in 2017 which basically mirrored the loss of 2.8 million under 25 yr. old Facebook users who dumped the platform because their parents “ruined it”. Instagram is a highly visual medium which makes it perfect for car dealers. Most dealers use it to post pictures of happy car buyers and inventory. In fact, 91% of all Instagram posts have a photo attached. The speed in which an Instagram post gets a reaction (engagement) is quicker than with Twitter or Facebook, and as mentioned, has a higher engagement rate than either. Here’s why.

Everyone is so darn insecure. The unspoken rule of Instagram is that if I follow you, you should feel inclined to follow me and like my posts. It becomes a popularity contest with each post as users frequently check back to see how many likes or comments each of their posts generates. If a dealership has garnered a bunch of followers, they’re hoping that they’ll get more than 10 likes per “car buyer pic post”. A decent engagement gives the dealer the perception that they’re doing something right and reduces a buyers potential cognitive dissonance. Of course, if the purpose of the post is to congratulate the salesman for being a “sales machine”, it can have the opposite effect.

I use Twitter and Instagram to grow my brand visibility. I have 122,000 legit backlinks in just 7 months of incarnation so I know a thing or two about this subject (and others), although I have far more to learn. In fact, if you’re reading this article, feel free to contact me and let’s see how we can collaborate! But I digress, Twitter is the more limited platform to be sure, but I suggest every serious dealer have a regular presence on it for the aforementioned reasons. Instagram is more fun, more visual, more engaging and easier to grow. It has few limits other than length of videos.

Are either social platforms going to sell cars? Incrementally speaking, “eh”. Neither Twitter nor Instagram are going to blow inventory out by themselves. Creating a post a day for either platform is just fine as long as they aren’t all ads. Make the posts compelling or humorous or both. If advertising an event, double down on creativity and cover all the angles. When all is said and done, it’s the preponderance of visibility and good reviews that’s going to increase any dealerships sales. Should you have a Twitter or Instagram? I hope this article helped as you sit there scratching your head.

Vicimus is on the Podcast and Moving Fast Into 2018

Automotive Gift Ideas for the Holiday Season For Under $100!