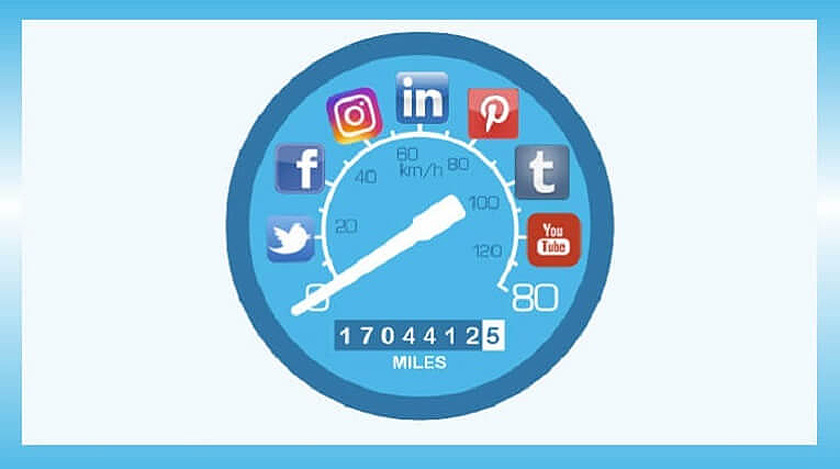 Although most franchise dealers have finally boarded the train of progress into the digital age, used car dealers have been slow to buy a ticket. As a content provider and marketing manager in the auto industry, I am constantly monitoring social media and engaging dealers across the big 3 platforms. I can see what works and what falls short of the mark. Before I dig in any deeper, let’s take a look at facts, and just the facts as you’ve possibly seen them before:

The bottom line is that more people are on social media than any other media form available. On average, new car dealers now allocate ad budget at a 6:1 ratio of digital vs newspaper.

While traditional forms of media do not let the advertiser actively engage with the consumer or visa versa, social media provides them the notion that they can get closer to prospects than ever before. Newspaper websites attempt to bridge the gap by routing traffic to their client’s sites but few achieve the preferred results because frankly speaking, most of that traffic is display traffic which is 50-70% bot induced, non-human traffic. I remember discussing with one of our area managers of the 2nd largest newspaper group in the US how poorly our digital arm delivered. He agreed that impression counts were skewed and digital real estate was difficult to fill let alone provide any real value to the advertiser. Digital ads were being bundled in order to get the print business at pretty low prices. Truth be told, the ads may as well have been invisible.

“In fact, 79% of those who have an active Twitter and/or Instagram account responded to lead gen forms on their websites with personal emails and not with an auto-generated email reply.”

As a former employee of that major newspaper group, I can assure you that newspapers still rely on car dealer ad dollars to keep the lights on, but those lights are growing dimmer and dimmer. On the other hand, radio has stayed buoyant as an advertising option for car dealers. Since many folks are still car-bound commuting to and from work, radio has held steady as a solid ad platform throughout the expansion of the digital age. “As dealers bail off of newsprint, they are trying to find the right media mix which includes digital, cable, and radio” according to Ken Steele, longtime radio advertising professional. He says as newspaper began its rapid decline 8 to 9 years ago, new car dealers eventually adapted to digital but used car dealers don’t have the same mentality. “Where they should be aggressive connecting with shoppers online as new inventory comes in, most take a passive role for whatever reason”.

“In fact, 79% of those who have an active Twitter and/or Instagram account responded to lead gen forms on their websites with personal emails and not with an auto-generated email reply.”

Now that this article’s basis has been established, I can comfortably disclose a study that we completed in July of this year that clearly shows used and new car dealers who stay consistent with their social posts promote a far more professional air, and are far more diligent at responding to leads and vehicle inquiries than those who do not. Those who have adapted to the 21st century are winning. Those who still stay with traditional media and kick it back on a rocking chair waiting for their newspaper ads to come out, are either in very small towns that skew “old”, or they have one foot on a claymore and the other foot on a mound of angry fire ants.

In a recent survey executed by yours truly, I discovered that dealers who engage in active social media (the big 3 platforms), actually follow up on leads at a much higher rate than those who do not. In fact, 79% of those who have an active Twitter and/or Instagram account responded to lead gen forms on their websites with personal emails and not with an auto-generated email reply. The squeaky wheel gets the grease (sales), and when compared the fact that only 19% of used car dealers without social media presence even responded to lead gen forms, we see dead people walking.

Here’s another amazing fact; used car dealers appear to be ignorant of the fact that the average age of a new car buyer is 49 years old! That means that “millennials” and drivers more active in social media make up the majority of used car buyers! (JD Power)

Embracing social media doesn’t mean you’re guaranteed to suddenly lift your business, but the more successful small, medium, and large dealers are embracing it and are exercise best practices through all phases of the lead and sales process.

The biggest elephant in the room that used car dealers seem to have issues with aside from the lack of social media presence and following up internet leads, is the whole concept of review and reputation management. You can be doing everything right but if customers are ripping you on the web…it’s hard to build a healthy business. Social media may be a way to soften the blows but there are far better options available to dealers to manage reputation. We’ll address those in an upcoming article.

The companies that stay aggressive with social media in the used car world seem to be more successful and energetic. The appearance is that they are more in tune with their local market.

A Chat Brittany Hibdon at IADAC

Analytics: What Vendors Don’t Show You