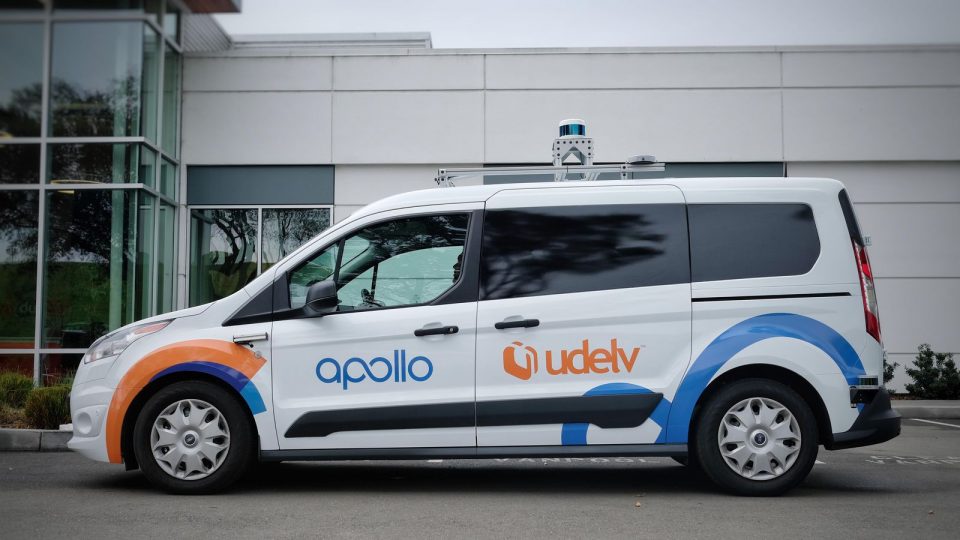 Udelv’s Newton™ model, which will officially be released at CES 2019, will feature a redesigned patent-pending automated cargo space that contains an adaptive shelving space mechanism. The new design was informed by the more than 1,200 automated deliveries completed by Udelv in the San Francisco Bay Area in the second half of 2018. Designed for last- and middle-mile delivery, the Newton™ can carry up to 32 customer orders at a time.

The SAE Level 4 ADV will be capable of driving autonomously over short- and medium-range distances at speeds up to 60 mph within store or distribution facility catchment areas of up to 400 square miles.

“By using the modules of Baidu’s latest Apollo 3.5 software for our autonomous technology, we shortened our development cycle, accelerated innovation and facilitated our ability to scale. Baidu’s Apollo brings us one step closer towards realizing our mission of reinventing delivery by bringing autonomous vehicles to the e-commerce industry. We’re excited to continue working with Baidu by implementing its technology into the future of self-driving delivery vehicles.”

Jingao Wang, Head of the Apollo Platform at Baidu, said “Udelv’s next generation ADV is a prime example of Apollo accelerating innovation and utility in the autonomous driving industry. With continued development of our Apollo software platform, we are enabling companies, both large and small, to quickly develop their own autonomous driving systems.”

The collaboration follows strong traction from Udelv in the delivery space, having recently announced major deals with several large retailers and about to announce new ones that will lead to deployment in several states throughout 2019.

In addition to grocery deliveries, Udelv’s vans, which are the world’s most advanced, have already been used to make numerous deliveries for retailers in various industries, including restaurants, florists, bakeries, auto parts and more in the San Francisco Bay Area.

“We’ve tested and proven our capability to successfully address the delivery market for Americans. We’ve successfully completed over 1,200 automated deliveries on public roads on behalf of various types of merchants. Udelv is now ready to work closely with America’s largest retailers to bring convenience and savings to hundreds of thousands of people,” said Laury.

To register an EOI or for more information, visit www.udelv.com

Udelv is revolutionizing transportation with its Autonomous Delivery Van (ADV), built specifically for last and middle-mile delivery on public roads. Founded in California in late 2016 by Daniel Laury and Akshat Patel, Udelv is on a mission to reinvent delivery and shape the future of autonomous driving.

In January 2018, Udelv successfully accomplished the first ever autonomous delivery on public roads. Since then, Udelv has completed more than 1200 deliveries for multiple merchants in the San Francisco Bay Area and is planning for expansion in several other states.