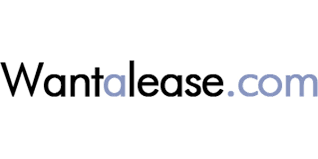 FEBRUARY AUTO LEASE PAYMENTS DOWN FOR HONDA AND TOYOTA BRANDS

While Many Lease Payments Hold Steady, Some Brands Decrease Monthly Rates While Others
Test an Increase in Rates

CINCINNATI, OHIO (March 22, 2021) – Wantalease.com, the nation’s first online car lease marketplace for new lease deals, reports the latest update on new lease offerings for the month of February. Many lease payments are holding steady from January to February. However, there are a few car brands continuing to lower monthly rates while others increase their rates.

“While there were a few large increases and decreases in lease rates from January to February, most vehicle leasing payments stayed relatively steady,” said Scot Hall, Executive Vice President of Wantalease.com. “It will be interesting to see what changes in the industry as more Americans begin to receive their stimulus.”

Currently, both the Honda Civic and the Ford Focus are priced the lowest of all leases coming in at just $159 per month. The Nissan Sentra’s leasing rate held steady from last month and is listed at $169 per month.

Wantalease.com is a sister marketplace to Swapalease.com, the nation’s largest online marketplace for leases.

The Art of Photography as Therapy for Your Clients