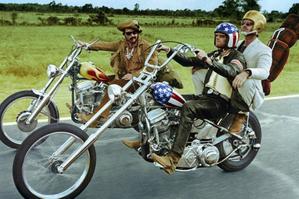 “After the strong start to 2021 we observed last month, for March, most Powersports segments have seen relatively minor changes in value. Since this is normally the month when most vehicle types wholesale prices begin to show significant strength from their winter lows, the currently elevated prices fueled by COVID-19 are likely to upset long standing patterns and trends.”

Looking at the graph below of the performance of the Cruiser segment versus its performance from a year ago shows a significant change in how the market has performed over the winter months. Instead of declining as occurred during the winter of 2019/20, prices rose steadily, but now appear to be headed for smaller increases heading towards spring.

Much like the Cruiser segment, the Dirt Bikes never saw any significant depreciation during the winter months, leaving their prices elevated as we enter the Spring selling season. This has led to smaller increases than we would normally see for the time of year. It is still important to remember that with overall values above historical norms, normal spring appreciation trends may be lower than usual.

“Although the values of used RVs sold at wholesale auctions had dipped in December, they rebounded in January and actually reached all-time highs. With the exception of a few blips, the values of both motorhomes and towables have increased steadily since late Spring when RVing really caught on as a way to get out of the house and do something fun while still being safe and socially distant.” – Eric Lawrence, Principal Analyst, Specialty Markets

For Motor Homes (including Class A, B, and C)

For Towables (including Travel Trailers and Fifth Wheels)

“The first few months of the year are typically a very important time in the collectible car world, as the results achieved at the auctions set the overall tone for the upcoming year. This year COVID threw a wrench into the usual order of things, but many of the events that were cancelled earlier in the year are starting to take place and things appear to be getting somewhat back to normal.”

The Vintage Pickup Truck segment was originally limited to pickups, but has recently expanded to include collectible SUVs, many of which were constructed on modified truck chasses. A few examples are Ford, Chevy/GMC, and Dodge pickups built from the mid-1940s up through the early 1970s, early Jeep CJs, Toyota FJ40s, International Scouts, early Range Rovers, and first-generation Chevy Blazers and Ford Broncos. Pickups have been on a run for the better part of a decade, and SUVs have been on fire for the past two or three years, with values doubling or sometimes tripling during that time frame.

The changes by vehicle segment were mixed this month. While Pony Cars, Vintage Exotics, and Classic Trucks and SUVs increased, Muscle Cars, American Classics, and Vintage European Sports cars dropped a little. As the demographics within the collectible car community continue to evolve over time, we are seeing tastes shift as older owners continue to age out of the hobby and be replaced with younger ones.

We continue to see strength in all truck segments as we prepare to enter the second quarter of 2021. Continued supply chain issues are still having a huge impact on new equipment production. Conversations with OEMs and industry professionals lead us to believe that these issues will continue throughout much of 2021. Production will likely not catch up with demand until this time next year. Auction volume continues to decrease. Many fleets are choosing to keep units they might would normally remarket, as uncertainty in new production remains. In addition, dealers are keeping many of the trade-ins they receive because they need retail inventory. The majority of the units we see showing up at auction are rough, higher mileage units. Recent auction and retail transactions show increasing prices on late model and older units as overall new and used supply continues to decrease. Reports from Taylor and Martin, Ritchie Brothers. Manheim, and Adesa show continued week over week strength in used pricing. JM Wood is holding an auction this week (March 16th-20th) in Montgomery, AL. As usual, they will run a number of dump and straight trucks and will provide us with some great insight into where prices and demand are trending on construction units.

According to data gathered from Federal Reserve Economic Data (FRED) retail sales figures were relatively flat from January to February due to production limitations. OEMs simply cannot produce trucks fast enough to keep up with demand. Fleets are in need of new trucks in order to replace aging equipment and also to keep up with improving freight demand. Discussions at recent industry events such as ACT’s 64th Outlook Seminar and NTEA’s Work Truck Show help support a positive outlook for transportation, construction, and freight. This increase in demand mixed with increasing production issues will lead to further stabilization and increase pricing in Medium and Heavy-Duty trucks for much of 2021 as OEMs and suppliers scramble to produce as many trucks as possible.