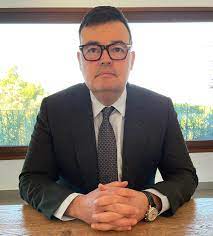 Environmental Issues with US Mining and Politics

So let’s talk about the fun stuff. And that would be mining in the United States. And there needs to be a political will. But I would assume that there also has to be environmental impact studies that need to be annulled. And that’s got to take some time as well. Do they have the testosterone across both sides of the aisle politically here, the United States actually started doing this here in the US? What’s your take on that?

No, I don’t believe it’s going to really be feasible for either side, you know, to really get behind this, because ultimately, neither of their bases are pro mining.  Mines had that day, and they’re now seen as a very 19th century kind of, you know, throwback to history. They, you know, there is no appetite to now push domestic mining, you know, yes, there’s regulations. Yes, they’re the, you know, this is normal in every democracy, but they don’t want it in their backyard. I read this thing the other day, about wind farms of Cape Cod, that you have an enclave of people who are very environmentally active. And yet they don’t want to look at the wind farms.

So it is apparently, according to the candidates who were there, that it’s difficult to land your plane with a wind farm, which, you know, I suppose, is one rationale. But ultimately, you know, I think that really sums it up. There are some communities still in the Appalachians and some communities that are pro mining, but it’s not on a national level. And it’s I don’t think that I think that what we’re looking at, there’s a bill going through now called the Irie shore act, where it classifies say tungsten as a rare earth. And they’re basically saying that if you’re in the defense contractor business in the US, you can’t use Chinese sourced rare earths and that includes manganese, lithium and tungsten, and then all the rare earths 17 of them, that I can’t even pronounce the atrium and the opium and, and so on.

But it also talks about stockpiling commodities, strategic minerals and government offtakes, and I think that’s the direction they’re gonna go. They’re going to basically say, Look, you know, you’ve got to build it, where we can see transparency. But we’re not going to say you should build it here. We’re just going to say, here’s a government contract, if you meet these conditions of ESG, we’ll buy for you. And I think that’s probably the most creative approach they can take.

Yeah, so Louis, a little bit lighter of a question, how much earth do you have to move to get enough tungsten to make, let’s just say, one semiconductor and I know you’ve already mentioned they’re very, very small.

Well, I mean, to be honest, not a huge amount. Because we use, you know, the Tungsten is used in a semiconductor is crushed down to a nano sized fraction, which is then injected into a gas because you can’t smelt a tungsten. And then the gas is pumped into each semiconductor, the coat on a microscopic level, a coating of tungsten, because one it’s very conductive. And secondly, it dissipates heat. So you don’t have to worry about, you know, a cobalt in anodes, they combust you know, a battery can go up and it burns, what 48 hours, you put tungsten on that same anode, it’ll get as hot as the sun and it won’t smelt,the temperature of the sun, it will smelt tungsten, but noncombustible. So it can take the heat. So you don’t need a huge I mean, the entire planet, we only produce about 90,000 tons a year of tungsten. That’s it. So it’s very dense, same density as gold. But we don’t mind. We don’t move a lot of Earth.

When a mine is kind of fished out, so to speak. Is there a reclamation process that you guys do around the globe? I know you have mines elsewhere, and I would assume that that process would be different in the United States due to our regulation. Can you elaborate?

You’re working in a democracy, that’s all pretty much the same thing. Yeah, yeah, it’s, it’s, you know, you have certain, you know, different like in Canada, for instance, now you have first nations as well and have to be consulted. In Australia, you have indigenous Aboriginal people. So you have these additional layers, but ultimately, in terms of reclamation, environmental compliance, the international standards are just that now that they’re pretty much across the board. I think the main difference in the US is that even if you comply with all of the regulations, and all the laws that exist, you can still run into trouble if the political will is against you. So there’s the legal framework in the United States, there’s also the emotional framework and that can also impact you so that’s something to also consider in the US.

Strip mining. I mean, you know, drilling for oil is your drilling drill, it’s a hole and they kept the hole after you finished and that’s the end of it. When you strip mine, I mean, we hard mine, we strip mine, the strip mine, you have to when you finish, you have to fill in the hole. It’s a big hole. But in that time where the hole exists, it’s very visible. The mining in South Korea is underground. And we’ve developed systems where we put all of our waste and all of our tailings back on the ground. So that we know evidence that we’re there. And that’s the future. But strip mining has a lot more of an impact on the environment. Well, optically, environmentally.

Yeah. So that’s a big nay nay. So um, I, for one, I’m in favor of the bill. I’d like to see it actually increased the amount of money that we put towards some of the most absurd things that just defies logic. Our dependence on China is ridiculous. It’s costing jobs. It’s blowing up prices left and right. And if we have the ability to eat more of the semiconductor pie, we may as well open our mouths. That’s the way I look at it, though.

You  in the United States are the biggest consumer of semiconductors? I mean, it’s a classic example of how globalization has put everyone sort of, you know, in a precarious position, the US consumes more semiconductors than anybody else. And yet, you really don’t produce any semiconductors. But that doesn’t really make an awful lot of sense. But then you can say that about many, many industries. I mean, the car sector in the in the Europe right now, they have problems with wiring looms that you know, they have companies that make the wiring looms and then ship them to the cloud plants have installed, they have problems because over the years, they’ve been pushing that the subcontracting that out further and further east because they’ve been following the cheap labor and then are done by Ukraine. Of course, now Ukraine is rather busy to be making wiring looms for Volkswagens. So you know, you have, you know, car plants that are sitting idle because there’s no other, they don’t have anyone else right away that can now replicate that job. So I think this is probably a good wake up call to say, You know what, globalization is a wonderful idea, but you’ve got to remember, sometimes chasing, you know, the cheap route can cost you a lot more in the long run.