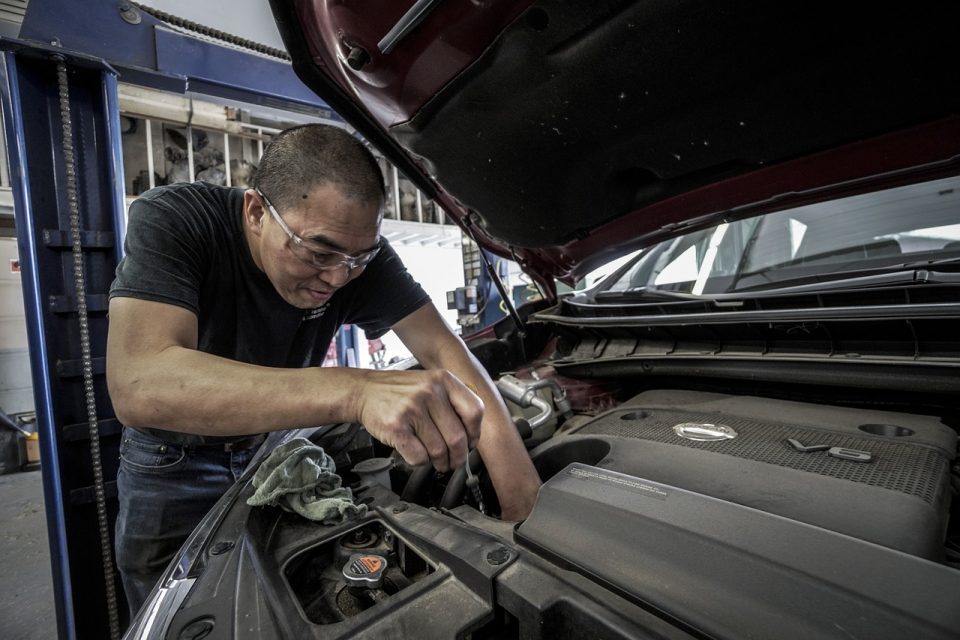 I bought a 2013 turbo-charged Tiguan and went to get a smog. The check engine light was on which immediately guaranteed a smog check fail. I called Neftin VW/Audi and spoke to their service writer. “Joe” told me that it would cost $99 to get a code off the computer so they would know where to start. Basically, $99 for a 25 second operation.

I called my mechanics who have worked on the car in the past, dropped by their shop, and they checked the code for me at no charge. It was the nightmarish P0299 code.

I called VW to find out what that code meant and if I just gave them the code would it still cost me $99. They said they’d only waive the fee if the car was under warranty which it is not. So, they were going to stick me for $99 just to get a code off the computer which takes 10 seconds…literally. That could amount to $5 to $10 for the service writer.

Since service writers are all commissioned, I know better than to reflexively run to a dealer. A service writer can be paid in a number of ways, gross off of margin, 5-10% of the job, flat rates, finders fees etc. One thing I definitely understand is that there are no price breaks in dealer service departments, that crew is a profit center and nothing more.

After checking out the Internet, I found that in most instances, it is a Turbo diverter valve. Of course, it could be the entire turbo charger itself at $2500-$3,000 for a fix. I’m praying for a diverter valve issue. It’s a $60 part and an hour of labor. We’ll soon see. The vehicle is at Tyler’s Automotive…in the queue.

Dave at Tyler’s ended up changing a sensor when the computer showed an issue in the power level through the sensor…I think. Bottomline, $214. The bad news is that I didn’t need a damn smog! The DMV system didn’t trigger a notice. They did try and soak me for an additional $164 in taxes that I had already paid at the BOE office but that’s another story altogether.

Update: The check engine light went back on after driving it for 110 miles, since I don’t need a smog for a while, I may fiddle around a bit trying to change the turbo diverter valve myself.

Tips to Streamline and Optimize