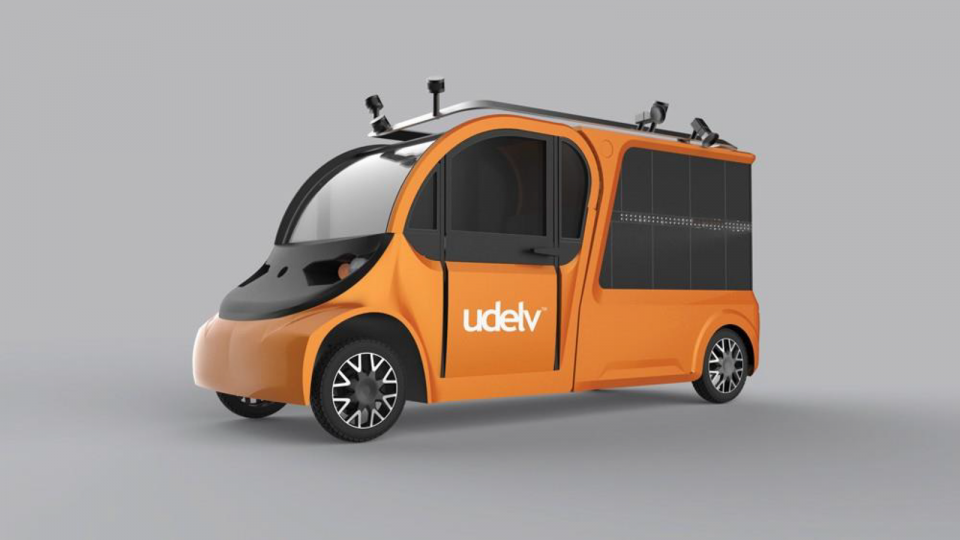 SAN FRANCISCO, CALIFORNIA: World-leading autonomous delivery van (ADV) company Udelv, has today announced it has signed a major deal with Walmart to trial the use of self-driving delivery vans in Surprise, Arizona.

The agreement, which will see Udelv provide ADVs to the retail giant to deliver online grocery orders, will make Walmart one of the first major national retailers to integrate autonomous deliveries into their customer service offering.

The trial will begin in February 2019 and will operate with safety drivers until both companies and regulators deem them approved for a safe removal of the safety driver.

The custom-made cargo vans (SAE L4[1] ADVs) are the world’s leading ADVs for public road driving and will be the latest tech to hit the streets of Arizona, alongside driverless passenger transport cars from companies like Waymo, which is already operating customer rides to and from a Walmart store in Chandler, AZ.

Udelv’s second generation ADV, dubbed the Newton™, will be able to travel distances at speeds of up to 60mph, on urban and suburban roads, including highways. With its brand new unique patent-pending adaptable cargo system with versatile shelving space, it will accommodate various types of packages, of various dimensions and weights. The cargo system will allow merchants to load quickly and consumers to retrieve their goods individually. The cargo system will be capable of carrying up to 32 customer orders per delivery cycle.

The Newton™ will feature the latest VLS-128 LiDAR from Velodyne, the world’s most advanced LiDAR, and an upgraded autonomous driving software with delivery-specific functionalities.

These technologies are complemented with a set of mobile apps designed to help merchants and consumers to load and unload the goods, as well as one of the world’s most advanced tele-operations systems, which allows Udelv’s operators to constantly monitor the fleet and take control of a vehicle if need be.

“America’s leading retailers know to stay competitive and continue to provide outstanding customer shopping experiences, they need to stay ahead of the curve and lead the market with the adoption of new technology. Walmart is a forward-thinking business that consistently invests in providing value to its customers and our trial builds on this commitment.

“We’ve tested and proven our capability to successfully and safely make deliveries to American shoppers. With over 1,200 deliveries on public roads with a safety driver already completed in the San Francisco Bay Area on behalf of more than a dozen paying clients, Udelv is ready to work closely with America’s largest retailers to bring convenience and savings to millions of customers.”

Lease Payments Rose in December, Will the Trend Continue?