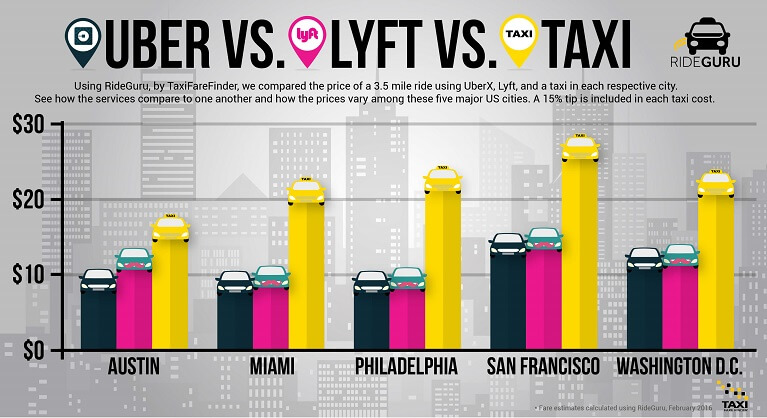 Flush with scandal and challenging governance issues, Uber Technologies Inc. is burning money at a rate that beckons one to think that they’re much better at raising capital than they are at running a company. In fact, two of their earliest investors cashed out at a discount as Japan’s SoftBank recently agreed to buy 13% of Uber at a 30% discount. SoftBank is willing to invest 1.25 billion dollars which will be used by Uber to invest in its technology, fund its growth and revamp its corporate governance, according to an Uber spokesman.

“We are appreciative of the support from Uber’s shareholders in the successful tender offer,” Rajeev Misra, CEO of SoftBank Investment Advisers, said in a statement. He continued: “We have tremendous confidence in Uber’s leadership and employees and are excited to support Uber as it continues to reinvent how people and goods are transported around the world.” The deal is expected to be complete on Feb 19th, 2018.

Regardless of Misra’s statement, the Japanese investment firm sees issues with management and overall governance and believes it can turn it around and be profitable. In so many ways, the Japanese have suggested that Uber represents a significant opportunity for their “Vision Fund” but only if they can play a significant role in corporate governance. Translation: Uber not only needs a CFO, but a massive managerial overhaul because the incompetence is apparent on so many levels.

Meanwhile, as Uber’s losses pile up, Lyft appears to be heading in the right direction, although they’re one bad news story away from a U-turn on the road to profitability. Lyft, which is available in fewer markets than Uber, has tripled its revenue growth and looks like it doubled its revenue from 2016, generating 1.5 billion dollars in rev.

Still, Lyft is like a black hole that burns through money worse than the Federal Gov’t. It has effectively lost 600 million dollars in 2017. Moving forward, Lyft sees net profits of 500 million in 2019, and 1 billion dollars by 2020. Lyft is currently raising more investment capital in order to continue its assault on Uber to take even more market share.

It’s not just dollars and cents that drive the fate of these two services. In 2017, there have been 218 criminal incidence, some with fatalities, involving Uber and Lyft. These include murders, traffic accidents, rapes, assaults, robberies and more. Uber just replaced it’s ethically challenged leader Travis Kalanick with Dara Khosrowshahi last September, but he’s likely on a short leash when SoftBank moves in. If either one of these ride providers can turn their culture around, from the top down, we’re going to see their ultimate potential come to fruition.

If neither company is able to turn the burn around in the next couple years, we’re going to witness the implosion of what seemed like a really good idea.

How to Stay Agile, Watch for Trends, be Cost-Effective.