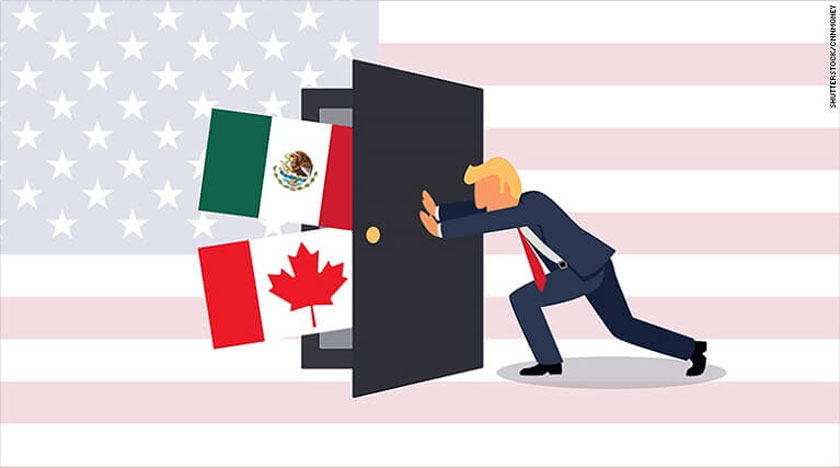 When Donald Trump suggested to Japanese Prime Minister that he should build more cars in the USA last Fall, media observers thought he may have misspoke, after all the Japanese produce 75% of cars destined for the American market in North America.

In fact, Japanese manufacturers produce more vehicles in the USA than the Detroit Big 3 do, a fact not lost on President Trump. Trump wants more US production out of Japan and that includes a greater percentage of cars being made here than there currently are. Although Honda, Toyota, and Mazda have flourishing car plants churning out record numbers of vehicles, Trump wants more. He is a very competitive businessman and he has the leverage to get what he wants.

He knows that the Japanese will be investing another 1.6 billion dollars in American plants this year, and he is very happy about that investment materializing into an additional 4,000 jobs.

For President Trump, it just isn’t enough. He wasn’t elected the President of North America, rather the President of the United States, and it’s to the citizens of this now booming economy that he pledged that everything he does will be with the idea of America first. And if it means sacking Clinton’s disastrous NAFTA agreement, so be it.

NAFTA requires a vehicle to have a minimum of 62.5% North American content in order to benefit from tariff exemptions for autos assembled and traded in the region. The Trump team has proposed raising the auto rules of origin requirement to 85 percent North American content and adding a new 50 percent U.S. content minimum.

Oh, there’s one more thing, he hates NAFTA. He considers it a “Bad Joke” responsible for the huge trade imbalance of goods and services between the US and partners Canada and Mexico to the tune of 181 plus billion dollars over 20 years according to Public Citizen. The threat of “walking” is always imminent. After all, as Trump himself frequently reminds us, “Never be afraid to walk away from a bad deal.”

With meetings about the North American Free Trade Agreement prepared to start in Montreal on the 24th of this month, the US is apparently growing impatient about the issues it has submitted for discussion. Ultimately, Trump is prepared to walk on NAFTA should those issues not be addressed. U.S. negotiators also want to see viable action on issues such as Mexican labor conditions, which the U.S. says keeps the nation’s wages artificially low, and a “sunset clause” that would cause the agreement to expire in five years unless the countries agree to renew it.

The Canadians, led by Prime Minister Justin Trudeau, seem to have their own agenda priorities which include discussion about gender equality and the environment, and not a re-negotiation of NAFTA which is due to run out in 5 years. The Canadians are known for moving at their own pace, but the Trump train moves rapidly down the tracks, even coming off from time to time. With an aggressive leaders like Trump looking to sweeten the pot for Japanese automakers and the economic leverage to keep Mexico and Canada on the defensive, it’s our guess that our two NAFTA partners are in for a rude awakening come next week.

How to Stay Agile, Watch for Trends, be Cost-Effective.